François-Marie Le Marchand de Lignery (24 August 1703 – 29 July 1759) was a colonial military leader in the French province of Canada. Active in the defense of New France during the French and Indian War, he died of wounds sustained in the 1759 Battle of La Belle-Famille.

Born into a military family (his father was Constant le Marchand de Lignery, an officer of the French colonial military) in Montreal, Lignery enrolled as a cadet in the troupes de la marine at 14, and first saw service in 1728 during the Fox Wars. He also saw service in the Chickasaw Wars and King George's War, where he participated in attacks on Fort Anne and Grand Pré. In 1751 he was promoted to captain.

When the French and Indian War broke out, Lignery played an important role in the French defense of the Ohio Country. He distinguished himself in the defeat of Braddock in 1755, in which his company held the French center while Indians and Canadian militia were rallied early in the battle.[  For his role in the battle he was awarded the Cross of Saint Louis. Given military command of the entire Ohio Country in 1756, he used Fort Duquesne as a base from which to harass British colonial positions in Virginia and Pennsylvania. In 1758 he captured much of a British force led by James Grant that attempted to take Fort Duquesne. Unfortunately, a force he sent out to counterattack the advancing troops of John Forbes was repulsed, and he decided in November 1758 to abandon and destroy Duquesne when it became clear that Forbes' force significantly outnumbered his.

Lignery retreated to Fort Machault, from which he continued to direct harassing raids against the British in 1759. He was organizing an expedition against Fort Pitt (the fort built by the British on the site of Fort Duquesne) when he received an appeal for help from Pierre Pouchot, the commander at Fort Niagara. Pouchot had sent Lignery some troops, but was himself now under siege by the British and requested assistance. Lignery, who was trying to convince nearly 1,000 Indians to join in the attack on Fort Pitt at the time, convinced 500 to join his force of 800 Troupes de la marine:

“”The Troupes de la Marine (Troops of the Navy), also known as independent companies of the navy and colonial regulars, were under the authority of the French Minister of Marine, who was also responsible for the French navy, overseas trade, and French colonies. They were the only regular soldiers in New France from 1682 to 1755, when several army battalions were dispatched to North America.””

On June 24 his force was ambushed by the British as it neared Fort Niagara. The battle was a disaster for the French, and Lignery was seriously wounded and captured. Pouchot surrendered Niagara the next day, and Lignery died of his wounds on June 28. 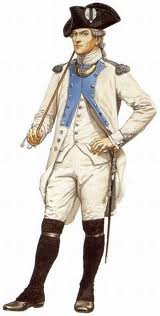 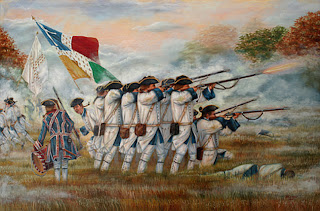 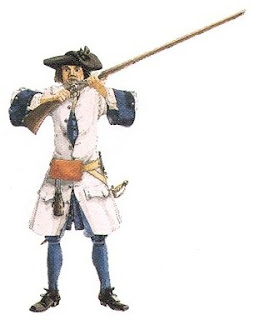 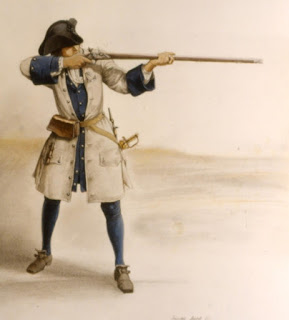 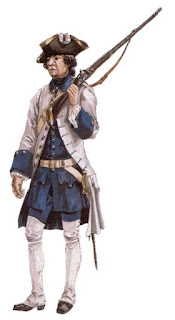 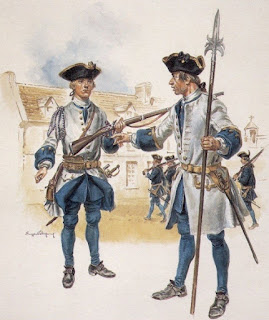 Posted by James Brewerton at 04:20