After plenty of reading around the subject I thought I would share these pictures. Most of the regulars in our battle are French Marines, the first picture is the units formal uniform which was only worn in barracks and at formal occasions. The second picture is how the same troops dressed in the French and Indian War, these guys went native and started wearing many Indian/Canadian apparel. 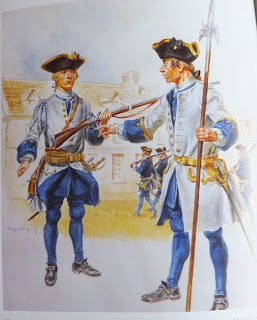 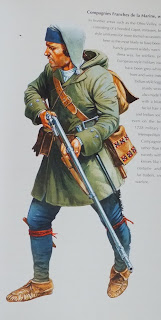 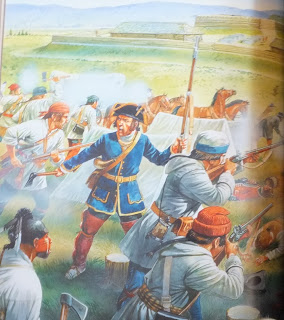 Posted by James Brewerton at 18:39 No comments:

here is part two in the current series of videos.